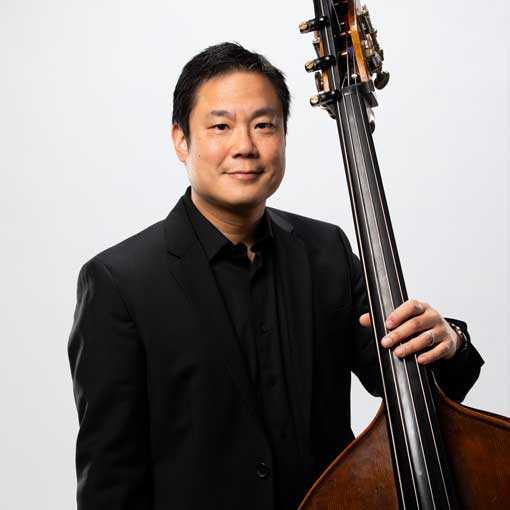 Double bassist Owen Lee has garnered acclaim as a soloist, chamber musician, teacher and (since 1996) as Principal Bass of the Cincinnati Symphony Orchestra.

Lee’s prizes in competitions include First Prize at the 1995 International Society of Bassists Competition and Fourth Prize at the 1992 Irving M. Klein International String Competition in San Francisco. He has recorded the Misek Sonata No.2 and Bach Suites No.3 and No.5 for Boston Records. He can also be heard on all of the Cincinnati Symphony Orchestra’s numerous recordings for Telarc International since 1996, most notably the prominent bass solos in Prokofiev’s Lt. Kije Suite, Shostakovich’s 15th Symphony, Mahler’s 10th Symphony and Britten’s Young Person’s Guide to the Orchestra.

In addition to his performing career, Lee is a highly sought after teacher, and serves on the faculties of CCM and Chautauqua School of Music. He has taught masterclasses at Curtis, Juilliard, Yale, IU, USC, Sydney Conservatorium, McGill University, Beijing Central Conservatory, Shanghai Conservatory and Hong Kong Academy for the Performing Arts. His students can be found in orchestras throughout the world. Lee is a graduate of the University of Southern California. His teachers were Dennis Trembly, Paul Ellison, Edwin Barker, David Soyer, Nico Abondolo, Julius Levine and David Young.