Michael Chertock, piano< Back to artists 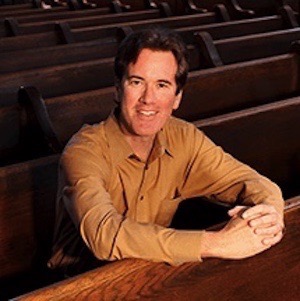 Pianist Michael Chertock has fashioned a successful career as an orchestral soloist, collaborating with conductors such as James Conlon, Jaime Laredo, Keith Lockhart, Erich Kunzel and Andrew Litton. His many orchestral appearances include solo performances with the Philadelphia Orchestra, l’Orchestre Symphonique du Montreal, the Toronto Symphony, the Baltimore Symphony, the Naples Philharmonic, the Detroit Symphony, the Chattanooga Symphony, the Utah Symphony, the Oregon Symphony, the Indianapolis Symphony and the Dayton Philharmonic.

Chertock makes his home in Cincinnati with his wife Maaike, son Joshua and daughters Maria and Janneke. Most Sundays you can find him playing piano and organ for services at St. Barnabas Episcopal Church.

For a full bio of Michael Chertock, visit michaelchertock.net.