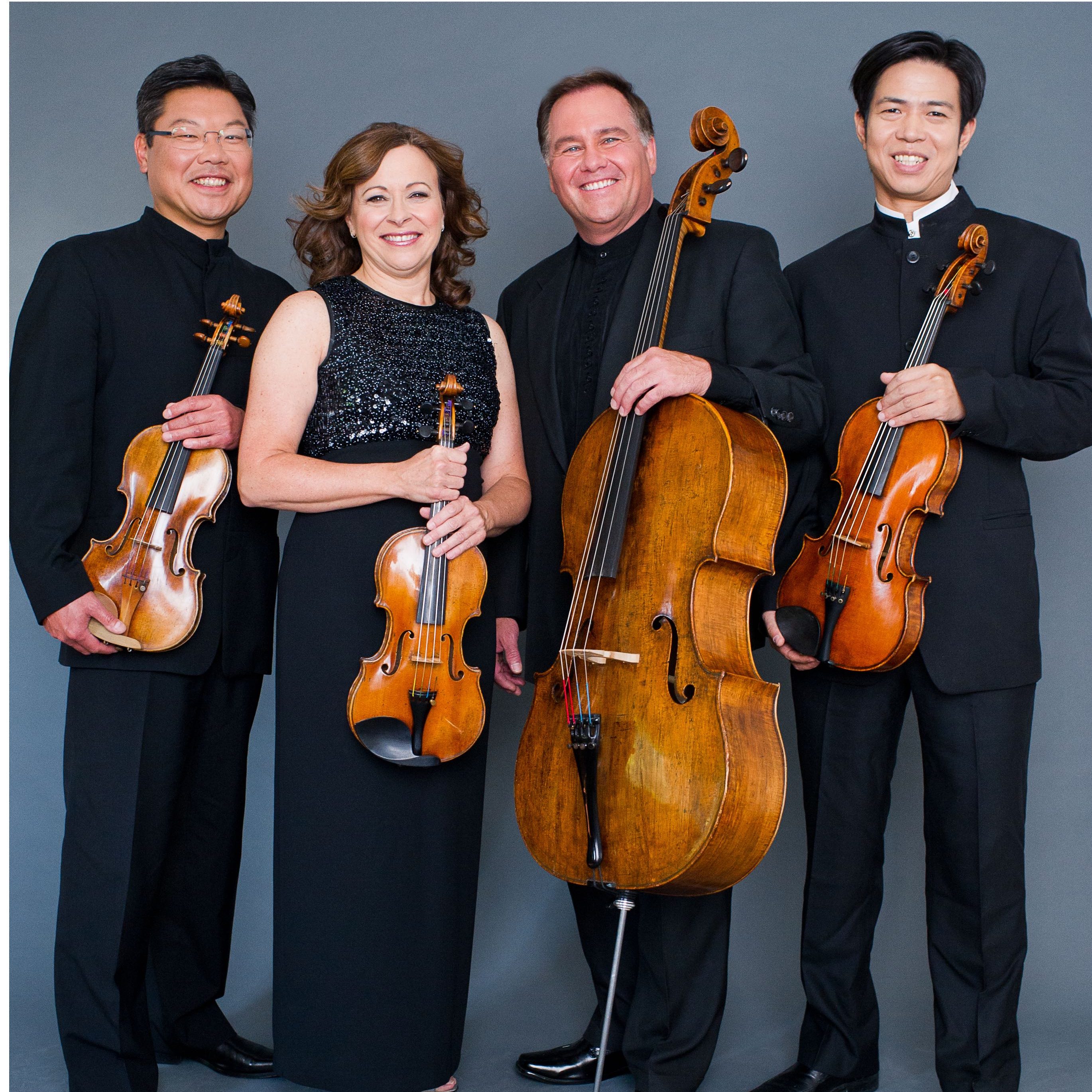 Praised in The New York Times as having “everything one wants in a quartet: a rich, precisely balanced sound, a broad coloristic palette, real unity of interpretive purpose and seemingly unflagging energy,” the Miami String Quartet has established its place among the most widely respected quartets in America. For over twenty years, their diversity in programming, poise in performance, keen sense of ensemble and impeccable musicality has made the Miami String Quartet one of the most sought after quartets in chamber music today.

Winners of the 2000 Cleveland Quartet Award presented by Chamber Music America, and Chamber Music Society Two ensemble of the Chamber Music Society of Lincoln Center from 1999-2001, the Miami String Quartet has been in residence at Hugh A. Glauser School of Music at Kent State University since 2004. They were Quartet in Residence at the Hartt School in Hartford, from 2003 to 2009. Other previous residencies include Florida International University and the New World School of the Arts in Miami, where the group was founded in 1988.

The Miami String Quartet has appeared extensively throughout the United States and Europe. Highlights of recent seasons include performances in New York at Lincoln Center’s Alice Tully Hall and the Kennedy Center in Washington, D.C., as well as engagements in Boston, Indianapolis, Los Angeles, New Orleans, San Francisco, Seattle, St. Paul, and its own concert series in Palm Beach, Florida. International highlights include appearances in Bern, Cologne, Amsterdam’s Concertgebouw, Istanbul, Lausanne, Montreal, Rio de Janeiro, Hong Kong, Taipei, and Paris. The Quartet has recently toured with the Chamber Music Society of Lincoln Center and they perform frequently for the Philadelphia Chamber Music Society.

The Miami String Quartet is in demand at many of the country’s great festivals. For many years, the Quartet has served as resident ensemble at the Kent/Blossom Music Festival in Ohio, and has appeared at Chamber Music Northwest, Mostly Mozart, Ravinia, the Brevard Festival, Rutgers Summerfest, Music from Angel Fire, Virginia Arts Festival – where it has been the resident ensemble – and at the festivals of La Jolla, Santa Fe, and Pensacola.

In 2000, Miami String Quartet premiered Augusta Read Thomas’s Invocations. In the 1997-98 season, the Quartet presented the American premieres of Quartets Nos. 1 and 2 by Peteris Vasks, which met with enormous acclaim and were subsequently recorded; Vasks’ Quartet No. 3 has since become a signature piece for the ensemble. Among other new music highlights are a commissioning grant from Chamber Music America for a piano quintet from Maurice Gardner, world premiere performances of the quartet Whispers of Mortality by Bruce Adolphe, a quartet by Philip Maneval, Maurice Gardner’s Quartet No. 2 and Concertino as well as premieres of Robert Starer’s Quartet Nos. 2 and 3, and David Baker’s Summer Memories.