Matthew Lipman, viola< Back to artists 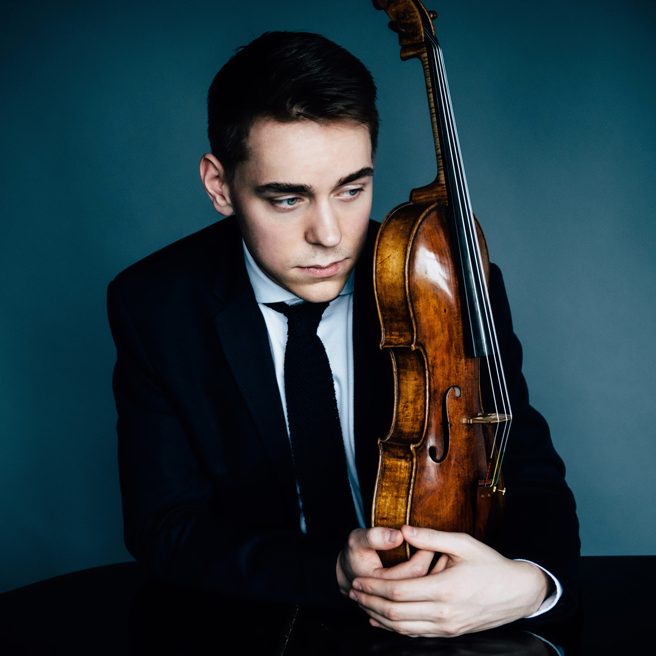 American viola soloist Matthew Lipman, praised by the New York Times for his “rich tone and elegant phrasing,” is one of the leading instrumentalists of his generation. He has performed concertos with the Minnesota Orchestra, BBC Philharmonic, Academy of St Martin in the Fields, Grand Rapids Symphony, Wisconsin Chamber Orchestra, Montgomery Symphony, Juilliard Orchestra, and in Chicago’s Symphony Hall. His recent solo debuts include the Aspen Music Festival, Seoul’s Kumho Art Hall, and Lincoln Center’s Rose Studio, with upcoming debuts at Carnegie Hall and New World Symphony. The Strad celebrated Lipman’s “most impressive” debut album Ascent for his “authoritative phrasing and attractive sound,” which was released by Cedille Records in February 2019, and his recording of Mozart’s Sinfonia Concertante with violinist Rachel Barton Pine and Sir Neville Marriner topped the Billboard Classical Charts. He has been featured on WFMT Chicago’s list of “30 Under 30” of the world’s top classical musicians, has been published in The Strad, Strings and BBC Music magazines, and is 2019 Artist-in-Residence for the American Viola Society. Lipman performs regularly with the Chamber Music Society of Lincoln Center and at the Music@Menlo, Marlboro, Ravinia, Bridgehampton, Seattle, Saratoga, and White Nights festivals. The recipient of a 2015 Avery Fisher Career Grant and a winner of the Primrose, Tertis, Washington, Johansen, and Stulberg International Viola Competitions, he studied at The Juilliard School with Heidi Castleman, and was further mentored by Tabea Zimmermann at the Kronberg Academy. A native of Chicago and an alum of The Bowers Program (formerly CMS Two), Mr. Lipman is on faculty at Stony Brook University and performs on a fine 1700 Matteo Goffriller viola loaned through the generous efforts of the RBP Foundation.