Edward Arron, cello< Back to artists 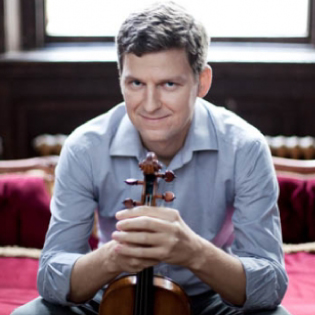 Cellist Edward Arron has garnered recognition worldwide for his elegant musicianship, impassioned performances, and creative programming. A native of Cincinnati, Ohio, Mr. Arron made his New York recital debut in 2000 at the Metropolitan Museum of Art. Since that time, he has appeared in recital, as a soloist with major orchestras, and as a chamber musician throughout North America, Europe and Asia.

Edward Arron began playing the cello at age seven in Cincinnati and continued his studies in New York with Peter Wiley. He is a graduate of the Juilliard School, where he was a student of Harvey Shapiro. In 2016, Mr. Arron joined the faculty at University of Massachusetts Amherst, after having served on the faculty of New York University from 2009 to 2016.