Danbi Um, violin< Back to artists 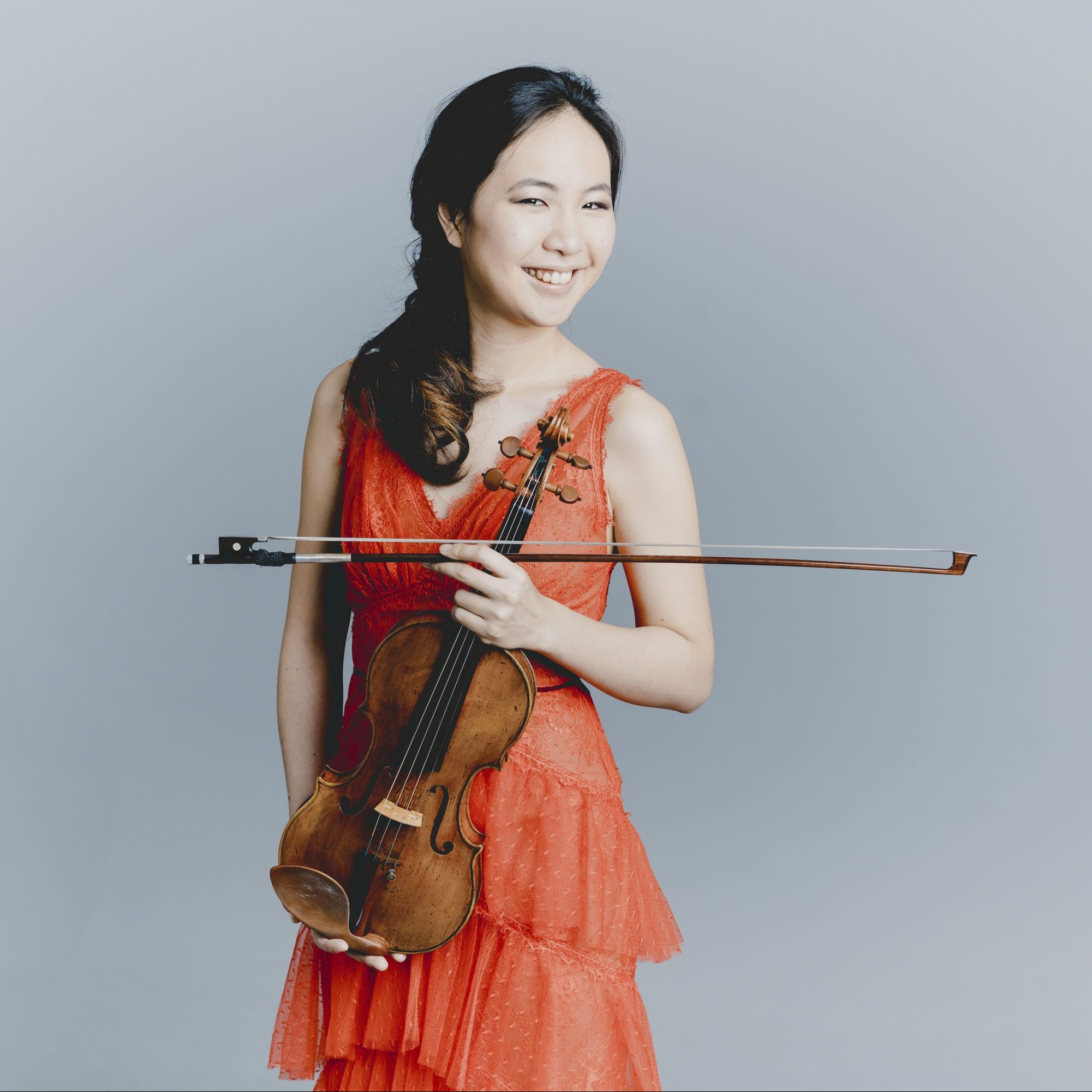 Praised by The Strad as an “utterly dazzling” artist, with “a marvelous show of superb technique” and “mesmerizing grace” (New York Classical Review), violinist Danbi Um captivates audiences with her virtuosity, individual sound, and interpretive sensitivity. A Menuhin International Violin Competition Silver Medalist, winner of the prestigious 2018 Salon de Virtuosi Career Grant,  and a recent top prizewinner of the Naumburg International Violin Competition, she showcases her artistry in concertos, solo recitals, and in collaboration with distinguished chamber musicians.

After winning the 2014 Music Academy of the West Competition, Ms. Um made her concerto debut in the Walton Violin Concerto with the Festival Orchestra, conducted by Joshua Weilerstein. Past concerto engagements include appearances with the Israel Symphony, Auckland Philharmonic, Vermont Symphony, and the Dartmouth Symphony. She also recently appeared in recital and in chamber music performances in such venues as the Kennedy Center, Philadelphia’s Kimmel Center, Boston’s Isabella Stewart Gardner Museum, the Harris Theatre in Chicago, Wigmore Hall in London, and at the Tel Aviv Museum of Art.

Born in 1990 in Seoul, South Korea, Ms. Um began violin lessons at the age of three. In the year 2000, she moved to the United States to study at the Curtis Institute of Music, where she earned a Bachelor’s degree. She also holds an Artist Diploma from Indiana University. Her teachers have included Shmuel Ashkenasi, Joseph Silverstein, Jaime Laredo, and Hagai Shaham.
Ms. Um is a winner of Astral Artists’ National Auditions. She plays a 1683 “ex-Petschek” Nicolo Amati violin, on loan from a private collection.