Benjamin Hochman, piano< Back to artists 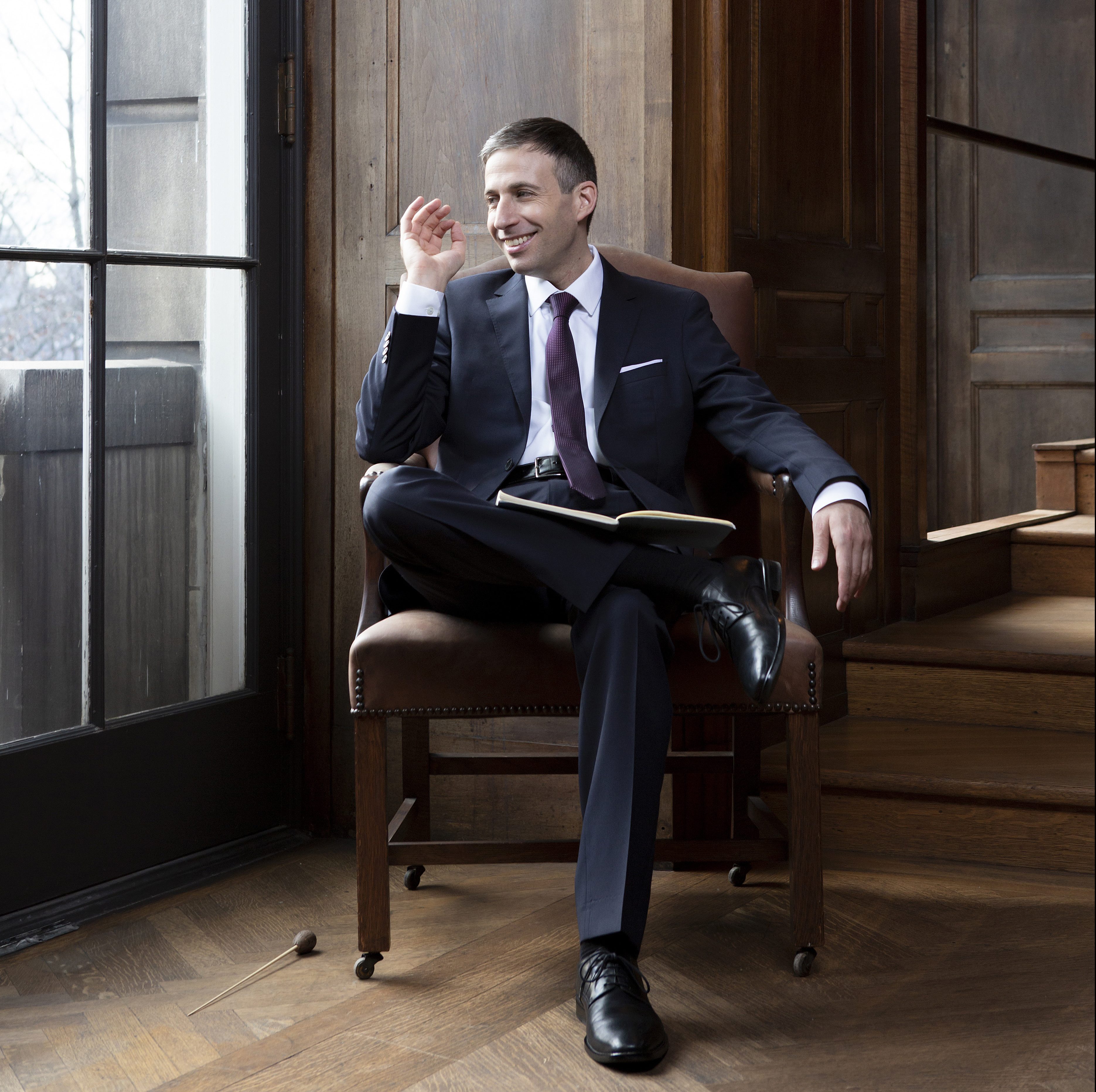 Winner of the prestigious Avery Fisher Career Grant in 2011, Benjamin Hochman’s eloquent and virtuosic performances blend colorful artistry with poetic interpretation to the delight of audiences and critics alike. He performs in major cities around the world as an orchestral soloist, recitalist and chamber musician, working with an array of renowned musicians. Possessed of an intellectual and heartfelt musical inquisitiveness, his playing was described by the Vancouver Sun as “stylish and lucid, with patrician authority and touches of elegant wit.” Hochman frequently juxtaposes familiar and unfamiliar works in his concert programs, a talent that also extends to his thoughtful recorded repertoire, from Bach and Mozart to Kurtág and Peter Lieberson. The New York Times wrote of pianist Benjamin Hochman “classical music doesn’t get better than this.”

In the 2019-2020 season, Mr. Hochman presents the complete Mozart Piano Sonatas at the Israel Conservatory in Tel Aviv and continues his traversal of the cycle at the Bard College Conservatory. He performs Prokofiev’s Piano Concerto No. 3 with the Bangor Symphony Orchestra conducted by Lucas Richman and Schumann’s Piano Concerto with the Greenwich Symphony Orchestra conducted by David Gilbert. He presents two programs on the subject of “Words and Music” at the 92nd Street Y in New York: a solo piano recital with works by Brahms, Adés, and Schumann, and a vocal program of Janáček Diary of One Who Vanished and Schoenberg Pierrot Lunaire. Recitals at Coastal Concerts in Delaware and the Performing Arts Center at Western Washington University, and chamber concerts at Boston Chamber Music Society, Schubert Club in Minnesota, Charlottesville Chamber Music Festival, and Linton Chamber Music in Cincinnati round out the season. He serves as assistant conductor to Rafael Payare and Bramwell Tovey at San Diego Symphony.

Hochman made his New York recital debut in 2006 at the Metropolitan Museum of Art, and went on to establish a vibrant musical presence in New York City through concerts with the New York Philharmonic and the American Symphony Orchestra and a succession of prominent recital and chamber performances at 92nd Street Y. He made his Carnegie Hall debut with the Israel Philharmonic and his debut with the Chicago Symphony in a Mozart Piano Concerto project with Pinchas Zukerman and Hubbard Street Dance. He has appeared with the Los Angeles Philharmonic at the Hollywood Bowl and been engaged for three subscription series with the Pittsburgh Symphony.

In recent years, Hochman’s admiration for the rich orchestral repertoire has led him to pursue conducting. He was appointed musical assistant to Louis Langrée as well as to guest conductors at the 2016 Mostly Mozart Festival, including Thierry Fischer, Paavo Järvi and Jeffrey Kahane. He has served as assistant conductor to Leon Botstein for American Symphony Orchestra’s concerts at Carnegie Hall and Alice Tully Hall, and to Emmanuel Villaume at Juilliard. Recent and forthcoming conducting engagements include Santa Fe Pro Musica, Orlando Philharmonic, and The Orchestra Now. A graduate of the prestigious Juilliard conducting program, where he received the Bruno Walter Scholarship and Charles Schiff Award, Hochman trained under Alan Gilbert and James Ross. He has also worked in masterclasses with Fabio Luisi, David Zinman, Stefan Asbury, Johannes Schläfli, and James Gaffigan. In the summer of 2018, he participated in the Tanglewood Conducting Seminar. Hochman is founder and music director of the Roosevelt Island Symphony, an ensemble consisting of New York’s top orchestral and chamber musicians which presents its fourth season in 2019-2020.

In October 2019, Hochman’s debut album as conductor and concerto soloist will be released on Avie Records: Mozart Piano Concerti No. 17 and No. 24 with the English Chamber Orchestra. His 2015 album for Avie was titled Variations and included worksbyLuciano Berio, Oliver Knussen, Peter Lieberson, George Benjamin, and Brahms. His second solo album, Homage to Schubert, recorded for Avie Records in 2013, features Schubert’s Sonata in A Major, D. 664 and Sonata in D Major, D. 850, alongside contemporary tributes to Schubert, Jörg Widmann’s Idyll und Abgrund: Six Schubert Reminiscences and Kurtág’s Homage to Schubert. Hochman’s debut solo recording of works by Bach, Berg and Webern was released by Artek in 2009. He has also recorded chamber music by Lawrence Dillon with the Daedalus Quartet for Bridge Records and by Lisa Bielawa for Innova Recordings.

Benjamin Hochman has been selected to participate in prestigious residencies around the world such as The Bowers Program (formerly CMS Two) at Chamber Music Society of Lincoln Center, Isaac Stern’s International Chamber Music Encounters in Israel, and Carnegie Hall’s Professional Training Workshop. Hochman received the “Outstanding Pianist” citation at the Verbier Academy, the Festorazzi Award from the Curtis Institute of Music, second prize at the Melbourne International Chamber Music Competition, and the “Partosh Prize” awarded by the Israeli Minister of Culture. His performances have been broadcast on National Public Radio’s Young Artist Showcase and Performance Today, WNET’s Sunday Arts, WQXR, CBC (Canada), ABC (Australia), Radio France and Israel’s Voice of Music radio station, as well as on the European television network Mezzo.

Born in Jerusalem, Hochman began his piano studies with Esther Narkiss at the Conservatory of the Rubin Academy, and Emanuel Krasovsky in Tel Aviv. He is a graduate of the Curtis Institute of Music, where he studied with Claude Frank, and the Mannes College of Music, where he studied with Richard Goode. His studies were supported by the America-Israel Cultural Foundation. He serves on the piano faculty of Bard College Conservatory of Music. Hochman is a Steinway Artist and lives in New York City. His website is www.benjaminhochman.com.